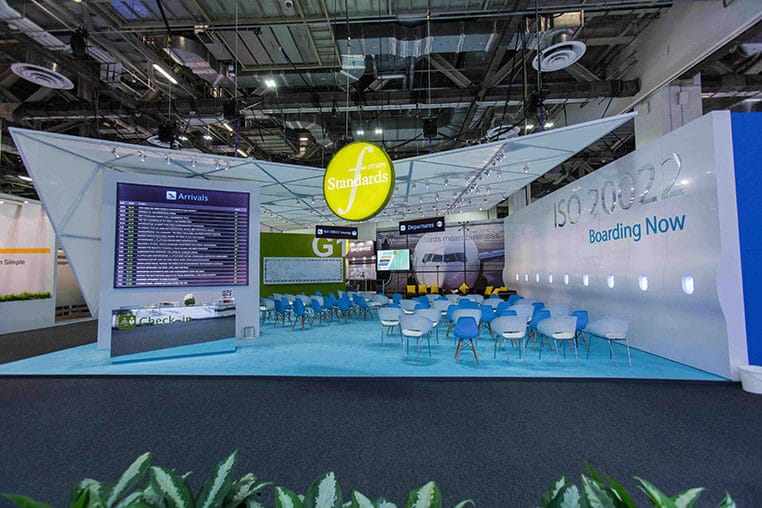 Rapiergroup have been recognised by the global business community with two wins in the 2016 Stevie Awards, the world’s premier business awards, picking up Bronze in the ‘Best Exhibition Display, Stand or Feature’ category.

Awards were given for:

“Working with Rapiergroup is always a pleasure. It’s important that the setting of the Standards Forum attracts our audience, reinforces the key themes and messages of each of our conference sessions, and provides a sufficiently flexible, active area in which a variety of different activities can take place effectively.

The creative and execution teams at Rapiergroup achieved this demanding mix with charm and great style – and in addition, gave us the added bonus of becoming a talking point amongst the Sibos delegates.”

“Working closely with the Standards team at SWIFT allowed us to get a sound understanding of the message they needed to convey and the right tone required for Sibos 2015.

After developing the initial idea of the airport metaphor, we worked with the SWIFT team to consider every single detail, really helping to bring the concept to life. The end result was something truly engaging and experiential. It captured the imagination of visitors, who really understood the meaning of it. This was exactly what we were aiming for.

I think the enthusiasm of everyone involved shows throughout the finished piece. Working on this project, was a very rewarding experience.”