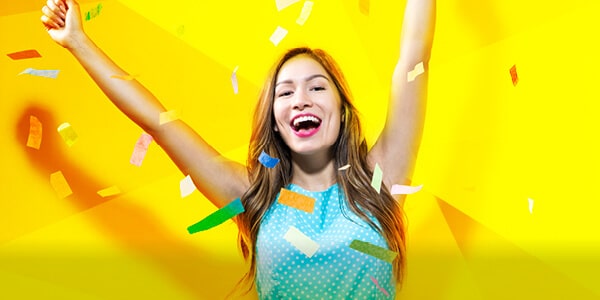 2018 is a big year for Rapiergroup – we’ll be celebrating our 30th anniversary in June. Back in 1988, we demerged from a group of companies known as Rapier Associates and went it alone from an office in London’s Clerkenwell, rebranding as Rapiergroup in 1994.

Our milestone year led us to wonder what – and who – else is turning 30 in 2018? From books and films to celebrities and songs, read on for our list of 30 turning 30 that’s guaranteed to make you reminisce.

On June 11th, 1988, the Nelson Mandela 70th Birthday Tribute was broadcast to an audience of 600 million across 67 countries. Two years later he was released – after 27 years in prison.

This now iconic campaign was launched in 1988 with three ads, and is so significant that it has been preserved in the Smithsonian Museum.

Bruce Willis first graced our screens as John McClane in 1988. The first film grossed over $140 million in cinemas worldwide, and Willis has reprised the role four times since then.

This hit from the two former Neighbours stars reached no. 1 in the UK, Belgium, Ireland and Greece after its release in November 1988.

In 1988, footballer Paul Gascoigne transferred from Newcastle to Spurs for a £2.2m fee. At the time, this was a record British transfer fee, a world away from the £105m that Barcelona have paid for Philippe Coutinho in 2018.

The daughter of the Duke and Duchess of York, seventh in line to the British throne, celebrates her 30th birthday in August this year.

Designed to ensure every single pupil receives the same standard of education, the National Curriculum was introduced to all English, Northern Irish and Welsh state schools in 1988.

Featuring a combination of animation and live action, this film held the title of most expensive film ever made until Terminator 2: Judgment Day took the top spot in 1991.

Originally presented by Judy Finnigan and Richard Madeley, ITV’s This Morning celebrates its 30th birthday in November, and is one of the longest running British daytime TV shows.

The original Cool Water fragrance has stood the test of time for 30 years, and is still just as popular today.

Charity Crimestoppers UK began life as the Community Action Trust in 1988, having been established after the murder of PC Keith Blakelock at the Broadwater Farm Estate riots in 1985.

Originally written for a musical, Mistletoe and Wine became Cliff Richard’s 99th single in 1988, spending four weeks at the top of the charts.

RBS, NatWest and the Midland Bank launched Switch cards as cash cards and cheque guarantee cards in 1988. Switch was renamed to Maestro in 2002, but it’s still going strong.

In 1988, Eddie the Eagle became the first Brit to compete in Olympic ski jumping competitions since 1928, finishing last in both the 70m and 90m events but making history while doing so.

On May 5th, British singer-songwriter Adele will celebrate her 30th birthday – and this year also marks ten years since her debut album, 19, was released.

The 17th of September marks 30 years since the premiere of Garfield and Friends, an animated comedy based on Jim Davis’ comic strip Garfield. Seven seasons of the show were produced, before its finale in 1994.

More than 150 comedians and celebrities took part in the first ever Red Nose Day telethon, which saw Lenny Henry head to Ethiopia to raise awareness – and £15 million – for children in need across the globe.

Replacing GCEs and CSEs, the General Certificate of Secondary Education was launched in 1988, giving those who wanted to leave school at 16 the chance to gain national qualifications.

Swedish car giant Volvo first launched the Volvo 440 in 1988 as a five-door hatchback to compete with the popular Ford Sierra.

The Bank of England’s £1 note was in circulation from 1797 to 1988, with the last notes featuring Queen Elizabeth II on the front, and Isaac Newton on the back.

Starring Tom Hanks as a boy who wishes to grow up and becomes an adult overnight, Big was the first feature film directed by a woman (Penny Marshall) to gross over $100 million.

1988 was the year that Nintendo released two games from the same franchise in one year. Super Mario Bros 3 in particular is remembered as one of the best entries in the franchise.

Fast Car was the first single that Tracy Chapman released from her debut album, and it became a top ten hit in the US and the UK after her appearance at the Nelson Mandela 70th Birthday Tribute.

The Eli Lilly Company first introduced antidepressant Prozac to the US market in 1988, and by 1999, it was providing the company with over 25% of its $10bn revenue. (If you’re in the pharma industry and looking for a launch that’s just as successful, take a look at the work we’ve done with our pharmaceutical clients.)

The first ever Ted Baker clothing and accessories store opened in Glasgow in 1988, with the Princes Square shop primarily selling shirts. Now, it’s a brand with over 300 stores and concessions worldwide.

Large family car the Opel Vectra (sold as the Vauxhall Cavalier and, later, the Vauxhall Vectra), made its debut on our roads in 1988.

Dance track The Only Way Is Up was the song that shot British singer Yazz to fame in 1988. Since then, it’s had a dubious claim to fame – being used in the opening credits of The Only Way Is Essex.

For Yazz, the only way was up. For us, the only way is forward – and we’re excited to see what the next 30 years in our history have to bring. If you want to find out how we can help you to make your own history, get in touch.

Creating the most innovative, sustainable and inclusive congress in RCOG history

Rapiergroup continues its partnership with RCOG to deliver their 2021 virtual and 2022 blended World Congresses.